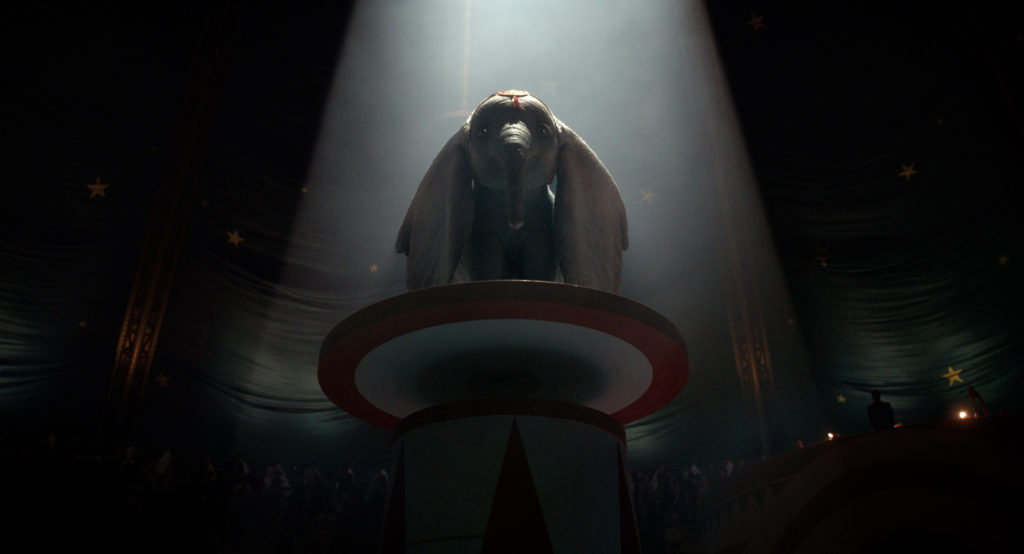 Ever since Disney decided to begin re-making their animated classics into “live-action” films, their movies have been met with a wide range of critical reception. While few will say that these films are better than their predecessors, most agree they have been fairly good films. So, we walked into Dumbo expecting the same. What we received was a movie that is an appropriate representation of the title character. At times, Dumbo is unwieldy and spends a lot of time tripping over itself. At other times, it absolutely soars. 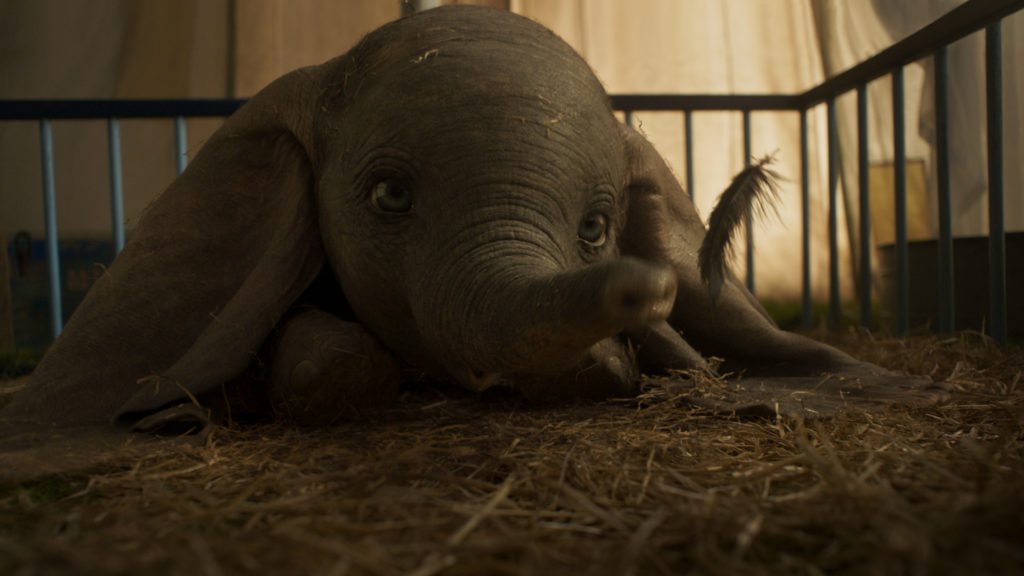 Dumbo opens with a very promising scene that brought a huge smile to my face. “Here we go,” I thought. However, things soon fell a bit out of sorts and I found the film began to struggle to find its emotional balance. One classic scene, in particular, takes place a little too early in the movie to establish its emotional impact. That was very disappointing!

Some of the actors’ portrayals also felt a little wooden and forced, at times. In particular, I found Colin Farrell’s (Holt Farrier) version of a “Kentucky” quite grating for much of the film. It really took me out of the movie for much of the first act. 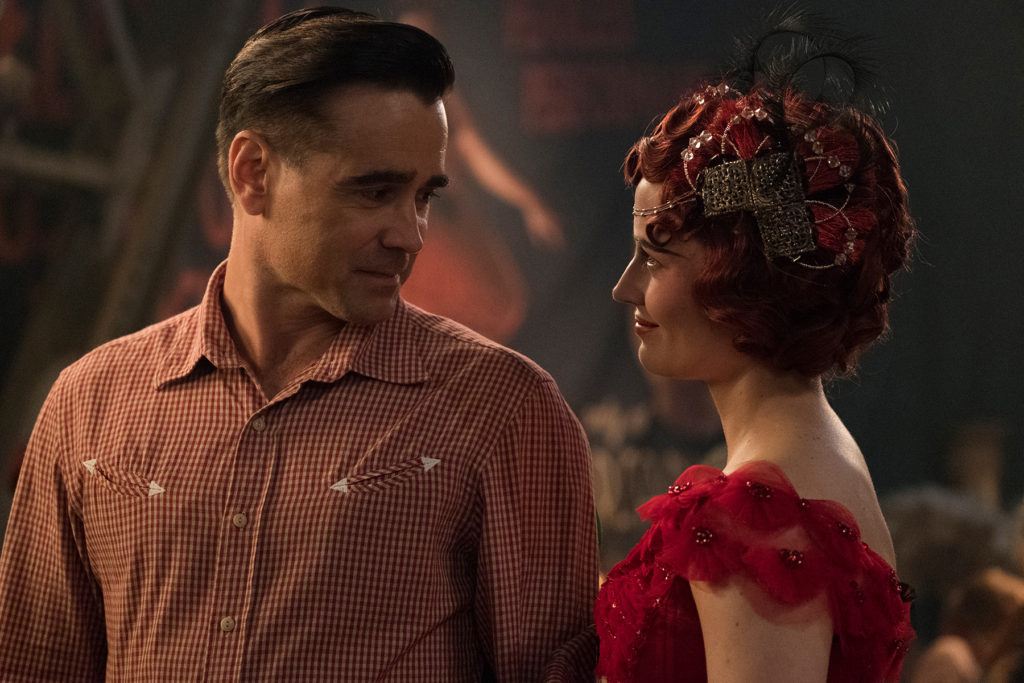 Dumbo also meanders through much of the first two acts trying to find the correct balance of action and heart, mostly not striking the right chord throughout.

An hour into this film, I thought we finally found our first real “dud” of a Disney remake. The good news is, that’s not where the film ended. 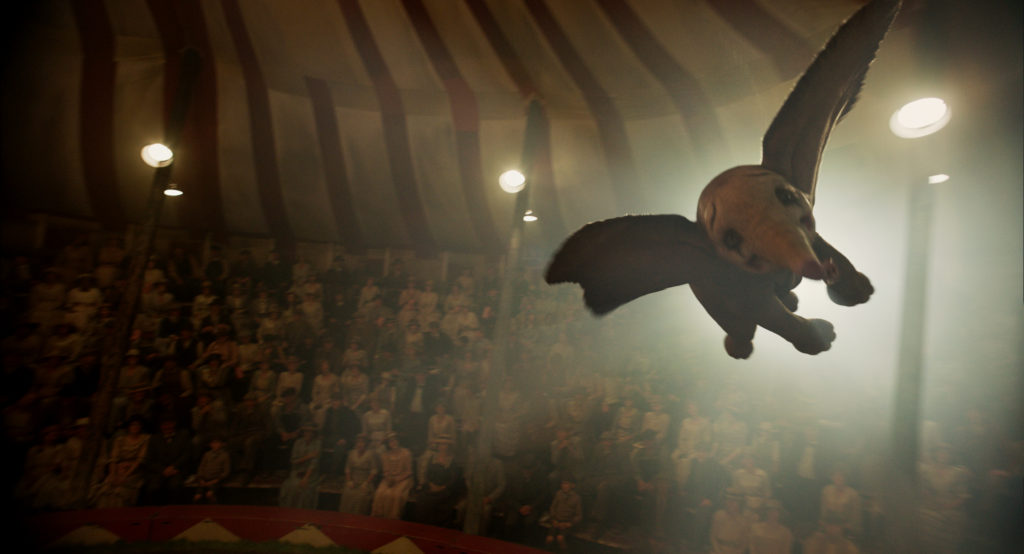 Just like Dumbo himself, once the film finds its footing, it takes off. As a matter of fact, about midway through the movie, the little elephant with the giant ears and heart stole mine. He’s absolutely adorable! I found myself inwardly rooting for the success of the little guy. I even found myself actually clutching at my armrest during some of the more harrowing moments.

Director Tim Burton’s signature style shines throughout the movie. No one uses color, shadow, and light the same way he does and it really shines in this world. 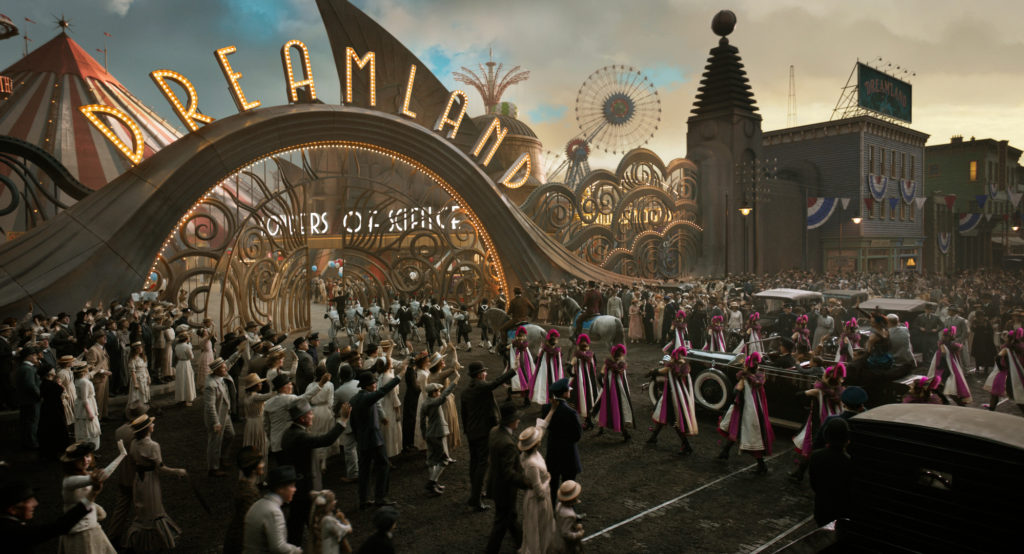 Burton’s regular movie maestro, Danny Elfman, once again works his magic creating an incredible score. It builds as the film progresses perfectly enhancing both the dramatic and tender moments.

The film also contains clever little nods to (and even a few shots at) its parent company that often had me chuckling. Dumbo is far from a perfect movie. I struggled with much of the unevenness of the film and many of the missteps in the first two acts. It also didn’t carry the emotional impact of the original. Midway through the movie, I was ready to pan it as a nearly complete Disney mistake.

Then the third act comes along and turns a film that felt like it was missing the mark in most ways into a somewhat decent movie. While not completely solving some of Dumbo’s problems, it does rescue both the excitement and emotion that were lacking early.

The result falls in line with most of what we’ve seen from Disney’s “live-action” remakes. Dumbo doesn’t match up with the original, animated classic. However, it is a decent film that many will really enjoy. (Including me)

If you’ve seen Dumbo, we’d love to hear your thoughts on the film, as well. Leave us a comment and tell us what you thought of Disney’s newest “live-action” remake. 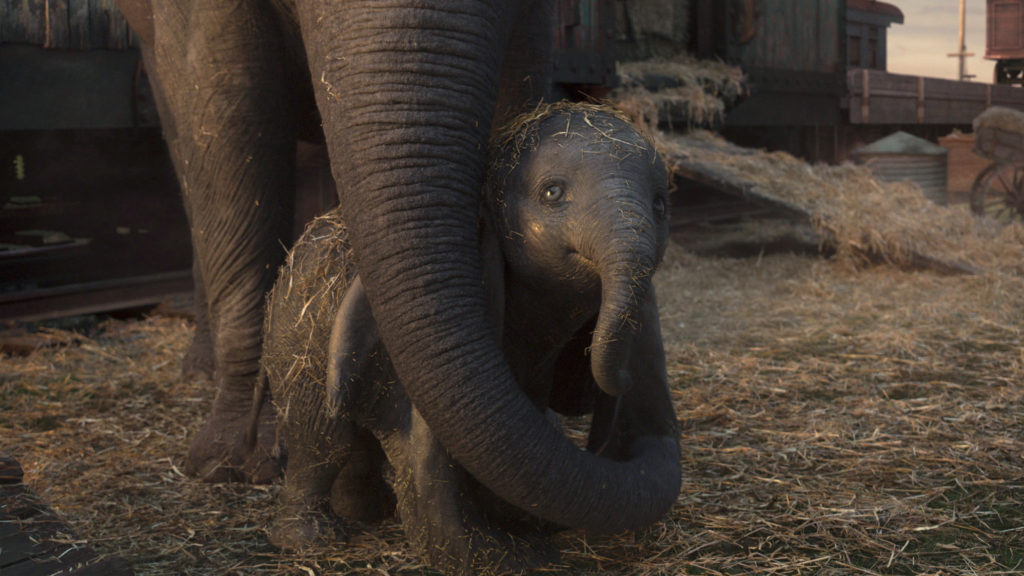 Please, also, check out our other movie review episodes: