What would we do without dads? The bad jokes; the consistent worrying about how many lights are on; and, of course, all of the love. To honor the men that inspired us every day growing up, here is the list of our favorite Disney Dads that we discussed in the latest episode of our podcast. 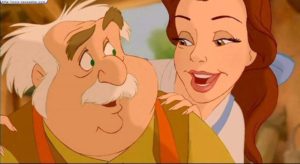 He is a lovable, quirky inventor who was always looking for a better life for Belle. In a time when education for women was discouraged, he always supported his daughter’s thirst for knowledge. A fine example of a great Disney Dad! 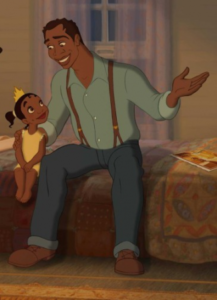 From an early age, he instilled an amazing work ethic into his daughter, Tiana; encouraging her to know that good things are rarely handed to you but hard work will pay off in the end. (“Fairy tales can come true, but you’ve got to make it happen it all depends on you”) The only reason he is not higher on this list is, sadly, because, as is often the case with Disney Dads, he passed away near the beginning of the film and only had a small part within it. 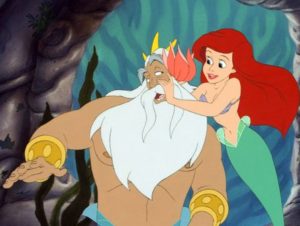 Now, hear us out on this one. Although some may think he was a bit tough on Ariel, we think many fathers can relate to King Triton. His daughter is going through what happens with many teenagers. They feel they know more than their elders and are being persecuted against because they feel they deserve more. Meanwhile, all he wants to do is assure his daughter his daughter’s safety by not allowing her to put herself in harm’s way in world he knows can be very dangerous for those who are different. Does he make some mistakes and go a little overboard to accomplish his goal? Absolutely! But, in the end, he agrees to take Ariel’s place and signs Ursula’s contract and he turns her human so she can be with the man she loves. You may disagree with us, but we think he’s one of the best Disney Dads. 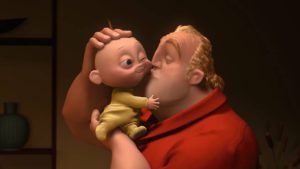 He may not have made this list after the first of the two Incredibles movies. However, by the end of The Incredibles he had learned to put his family first in place of his lost hero aspirations. Fast forward to Incredibles 2 where he’s staked with the task of being a stay-at-home dad to a pre-teenager suffering from an identity/boy crisis; a young boy who wants to expand his physical abilities while suffering from struggles in school (particularly math) and possibly a little ADD; and, of course, a baby who is just discovering his amazing abilities and all the chaos that it creates. He had his hands full but, despite some early difficulties, he emerges as, not only a superhero in the field but as a father, as well. 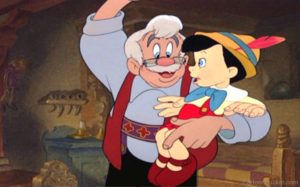 Geppetto is as devoted a father as you’ll ever find in any Disney movie. His wish for a son is what inspires the Blue Fairy to give Pinocchio life. He does his best to send his son down the right path and, when his little wooden boy strays, he goes on a quest to find him. Literally, risking his life to bring his son home. 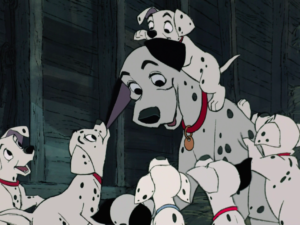 We’ll start with the fact that, not only does Pongo have 15 children of his own to watch out for, he also adopts 84 more to take care of. He then goes to many crazy lengths to save those 99 puppies from becoming a coat for Cruella de Vil. What father would do all of that? 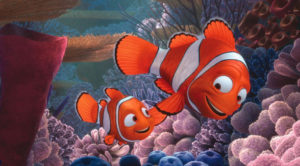 Although Marlin can be quite a bit of a helicopter parent at times, can you really blame him considering the trauma brought on by the loss of his wife and the dozens of his children. It’s no wonder he’d be taking such care of the one child he has left. And, when Nemo is taken from him, he never hesitates, faces his fears and travel across the globe to save his son while facing the obstacles of sharks, jellyfish, whales and even some hungry sea gulls. In the end, not only does he help save his son, but he also learns that his son is his own person (or clown fish) that has learned the lessons from his father and is now able to accomplish great things on his own. Something every father should strive for. 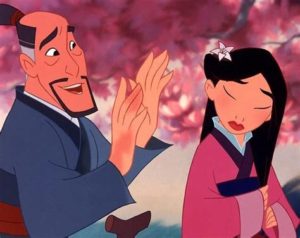 Despite Mulan’s struggles with finding a place in a world where women are told to ”hold her tongue in a man’s presence”, Fa Zhou shows nothing but love for his daughter. After her troubles with the matchmaker he consoles his daughter, “I’ll bet when it blooms it’ll be the most beautiful of all.” Then, when she comes home to present him with the sword of Shan Yu, proving the honor she brought to the family, he goes right past it to embrace her; letting her know that the greatest honor is to have her as a daughter. (sniff) 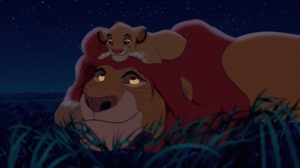 The King of the Pride Lands spends Simba’s early years teaching him lesson of how to be a man…I mean, lion…and a future King. In the end, he loses his life protecting his son from certain death. Yet, still, the lessons he shared at an early age inspire his son to remember who he is, return home and re-establish his father’s fallen kingdom. 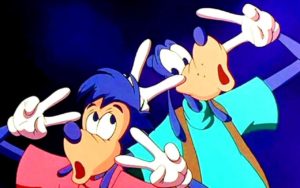 I think, truth be told, Goofy is the most realistic father in any Disney movie. Just like most of us, he’s a little bit of a dork; shares a few too many dad jokes; still sees his son as that child that’s bit younger than they really are; and is seen as a constant embarrassment by his son. But, what it all comes down to, is how much he loves Max and is always looking to find a way to get back to that “happy place” where they had so much fun together as he was growing up. And, in the end despite his reservation, he goes out of his way to fulfill his son’s dream by sneaking him into the Powerline concert, ultimately earning Max’s respect. And that makes Goofy a pretty darn cool father and the #1 spot on our list of Disney Dads.

So, there you have it. What do you think? Did we miss any Disney Dads? Is one too high? Is one too low? Let us know! We’d love to hear from you.