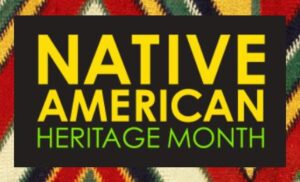 First, let’s discuss films! The Company is expanding some of its content to Native American communities by providing films dubbed in various Native American languages. To access these versions, go to the “extras” tab with the films. Below are some interesting tidbits on how that came about!

Star Wars: A New Hope in Navajo on Disney+

Interestingly, the dubbing of this film is attributed to Star Wars fan, Manuelito Wheeler! He persistently emailed and called Lucasfilm over a 16-year period to see if they would consider making a Navajo-language dub of the film. The force was apparently strong with him – and in 2013 this version was made!  In his words, “This project, it welcomed Native people to be part of the Star Wars universe… Now, our Navajo young people just have this attitude of like, ‘Oh wow, cool.’ They’re excited about it. ‘Yeah! That’s what we do now. We can do it.’ Star Wars has the ability to do something like that.”

Finding Nemo in Navajo on Disney+

Finding Nemo was the Disney Company’s 2nd film to be dubbed in Navajo. It features some members of the Navajo Nation! Rick Dempsey, Senior VP of Disney Character Voices, along with Navajo linguists, worked with the cast on this project.  This version includes an original song by Fall Out Boy frontman, Patrick Stump who sang the song phonetically in Navajo.

Bambi in Arapaho on Disney+

This Disney classic was actually dubbed in Arapaho in the early 1990s!  Dr. Neyooxet Greymorning, a professor at the University of Montana, is credited with driving this process; and he continues work in developing strategies toward Native language restoration. At the time of dubbing the film, there were approximately 1000 speakers of the language – and now there are less than 60 speakers. So, this film serves to help in the preservation of the language.

Prey in Comanche on Hulu in the U.S. / on Disney+ and Star+ internationally

What makes this case truly unique is its Comanche dub recorded by its original cast… who all learned their lines in multiple languages for just this reason. Prey’s Executive Producer, Jhane Myers, is Comanche (and Blackfeet) herself and has voiced the importance of authenticity. In her words, “I’ve never seen a feature fully in my language; And one thing we do as Native people when we watch films, we watch to see if they can get one or two things right… For me to have the language in there, that was most important—and we pitched it that way to the studio.”

In addition to experiencing these films in Native languages, you can celebrate Native American Heritage Month by exploring examples of art inspired and created by Native Americans throughout Walt Disney World. 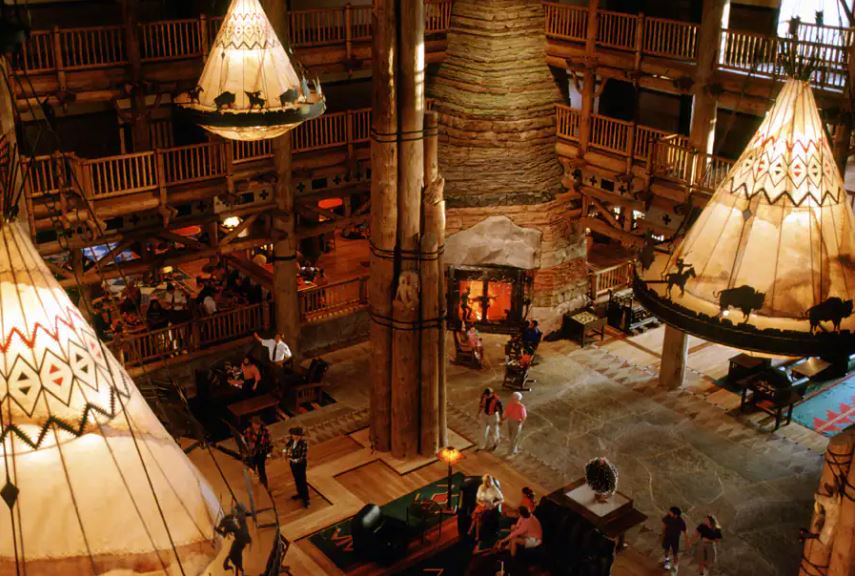 The Lodge was inspired by turn-of-the-century National Parks lodges.  If you haven’t had an opportunity to stop by, we highly recommend you take a short boat ride from Magic Kingdom or a bus from other parks.  The lobby is stunning and filled with tones of Native American-inspired art such as ceiling-high totem poles, headdresses, and replicas of Native artifacts.  It is truly a unique location to see!

If you have the opportunity, we suggest you take the resort’s tour.  There you can get some incredible behind-the-scenes information on the history of the artwork and design of the resort. Check with the front desk for details of times. 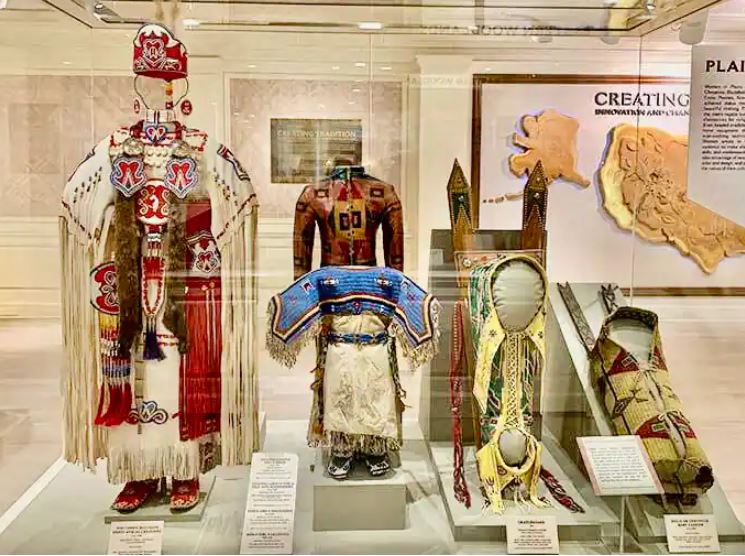 Inside you will find the American Heritage Gallery which represents Native communities from regions across the country. Recently we walked through the gallery and couldn’t believe the amount of intricate and amazing displays!  Typically we don’t take the time…and that is a big miss. There are showcased with both historical artifacts as well as contemporary works. Some examples include works by fashion designer Loren Aragon (Acoma Pueblo), dollmaker Glenda McKay (Ingalik-Athabascan), and Juanita Growing Thunder (Assiniboine Sioux) from the Growing Thunder family of Montana. There are even interactive displays with narration by the actual artists! 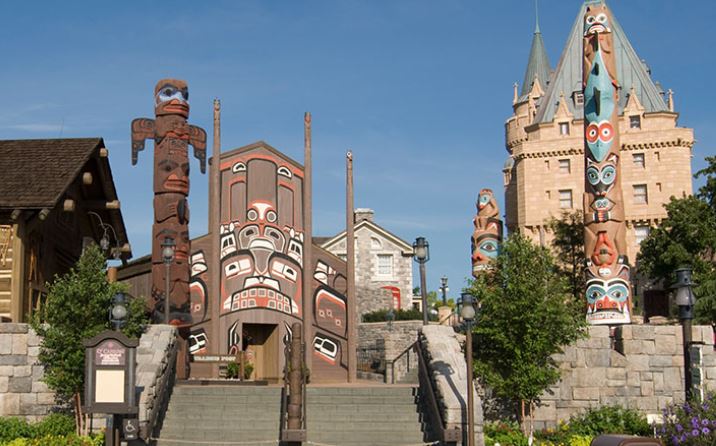 Here you can explore hand-carved Totem Poles.  In the 1990s, Tsimshian artisan David Boxley created his first totem pole for the Pavilion’s Trading Post.  In 2017, two more, The Eagle and the Whale, Totem Poles were added to the pavilion.  The installation ceremony included a performance by the Git Hoan Dancers (People of the Salmon).

The Eagle Totem Pole represents a folktale where a boy frees, an eagle caught in a net.  Then years later, hungry, the boy returns to the beach only to find the eagle with food in return for the boy’s kindness. The bottom section of the pole tells the tale of how a family of beavers taught a human family about the importance of treating all creatures with respect.

The Whale Totem Pole represents the first potlatch – a feast celebrated by Nagunaks and creatures of the sea.

Again, this is incredible art worth taking the time to check out next time you visit World Showcase!